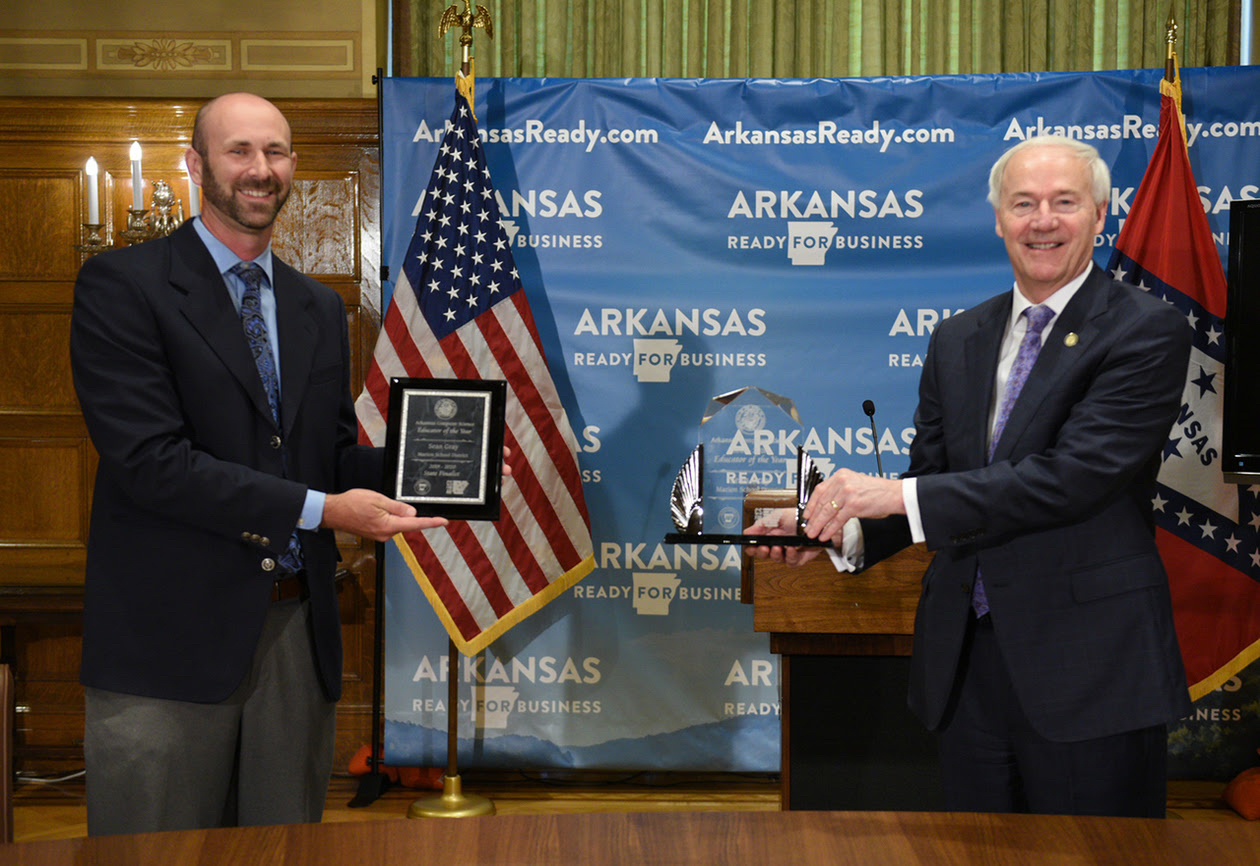 LITTLE ROCK — Gov. Asa Hutchinson and the Arkansas Department of Education are excited to announce that Sean Gray, a computer science teacher at Marion High School in Marion, Ark., was selected as the 2020 Arkansas Computer Science Educator of the Year.  “Congratulations to Mr. Gray for being named the 2020 Arkansas Computer Science Educator of the Year,” Hutchinson said. “Over the last three years, Mr. Gray has spearheaded the district’s computer science efforts. He has applied for and received a national grant to improve computer science courses at his school, seeks out opportunities to grow professionally, and actively engages his students in computer science education. Mr. Gray hosts coding events that draw large attendance after school hours, connects his students with industry experts from around the world, and has led multiple field trips to area companies so students can see firsthand the important role of computer science in the workplace. He serves as a model of excellence in this very important field and is very deserving of this honor." Five state finalists, including Gray, were recognized by a press release in April.

Each finalist will receive $2,500 and a finalist trophy, with Gray receiving an additional $12,500 and a 2020 Computer Science Educator of the Year trophy. The awards were provided through funding from the ADE Office of Computer Science, a special project unit formed to implement Hutchinson’s Computer Science Initiative.  Arkansas is recognized nationally and internationally as leading the computer science education movement through Hutchinson’s #CSforAR / #ARKidsCanCode initiative. To learn more, visit http://bit.ly/ARKidsCanCode.