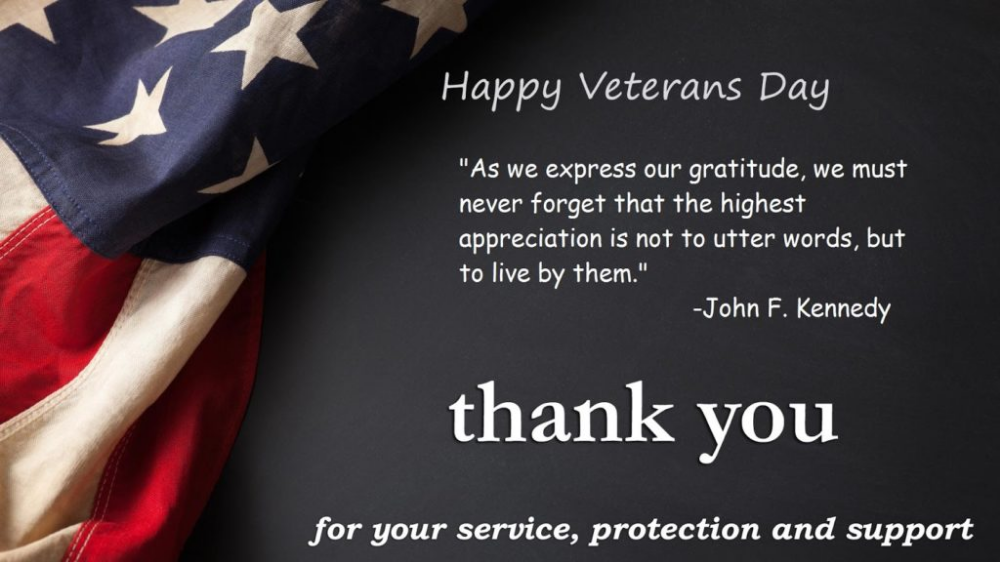 Veterans Day, observed annually on November 11, is a tribute to military veterans who have served in the U.S. Armed Forces. Not to be confused with Memorial Day, which honors those who died while in service, Veterans Day honors all military veterans, including those still with us.

Veterans Day, originally celebrated as Armistice Day, was first issued on November 11, 1919 by President Woodrow Wilson a year after the end of World War I. The purpose of Armistice day was to honor the fallen soldiers of The Great War for their sacrifice and bravery. 7 years later in 1926, Congress adopted a resolution requesting President Coolidge issue annual proclamations on November 11, making Armistice Day a legal holiday.