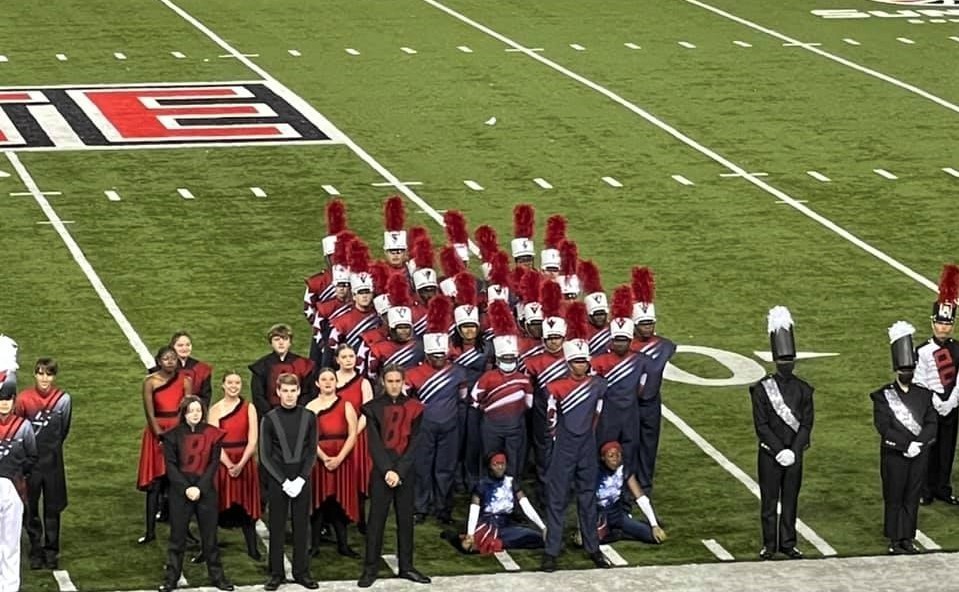 The Marion Patriot Pride Marching Band had another great performance Saturday (Oct. 30) at the A-State Open, held at Centennial Bank Stadium in Jonesboro

The Marion band competed with 23 other bands from Arkansas and Mississippi. Among the bands in attendance were five-time defending 5A State Champion Paragould, 6A defending state champion Van Buren, 7A Cabot, and Horn Lake, Mississippi.

The Marion band walked away with First Place honors in Class AAAA1, topping Brookland, West Memphis, and Heber Springs for the recognition.

The band also racked up numerous other honors, including the following:

Overall, Marion placed seventh in the competition with a season-high score of 88.16. This was the highest finish for the Marion Band at this competition since 2009.

Next up for the Patriot Pride Marching Band is the State Contest on Tuesday (Nov. 2) at War Memorial Stadium in Little Rock. Marion is slated to take the field at 2 p.m. For ticket information, visit https://gofan.co/app/school/AR86680.