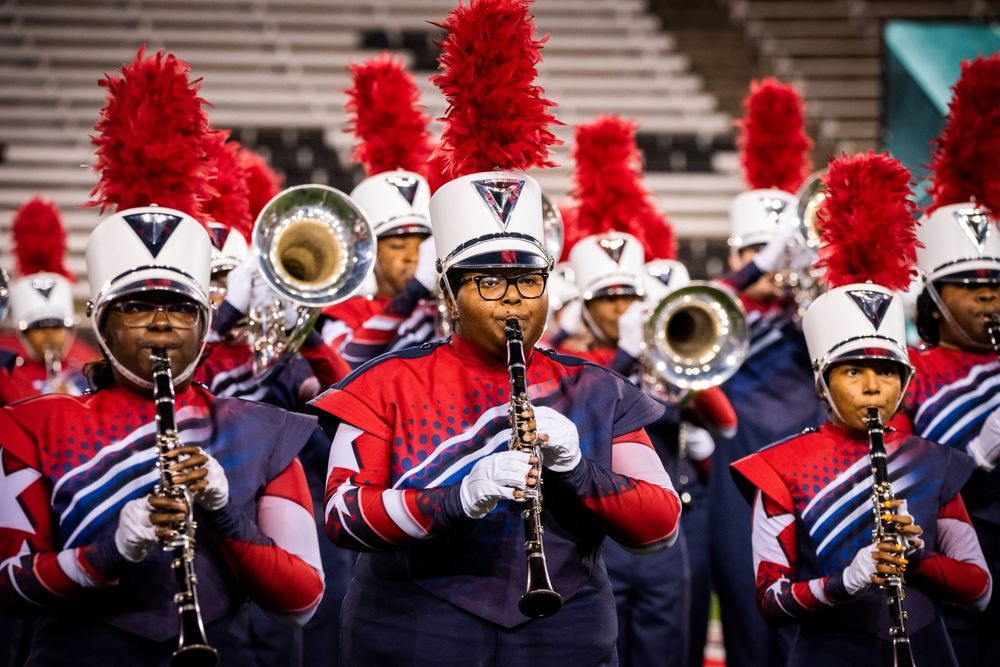 “Do not let another band outwork you.”

All season long, that has been the motto of the Marion Patriot Pride Marching Band. And it’s a motto that served the band well, paving the way to a historic competitive marching season, that saw the band rack up dozens of awards at competitions across Arkansas and Tennessee over the past several months.

But the band’s work for the fall season didn’t just begin this fall. For members of the Patriot Pride, preparation began way back in April, with spring training. From there, band members slogged through a rigorous summer camp in July, enduring blistering summer weather as they began putting the pieces together for their custom-designed show, titled “Coming to America.”

The hard work continued through the early weeks of the school year. When many students took time off for Marion’s Fall Break in September and October, the Patriot Pride were still hard at work, with 100 percent of band members attending the first four-hour rehearsal during the break.

“We knew right then, our students had bought into this program,” said Monty Hill, director of bands for the Marion School District. “This helped us gain so much momentum.” 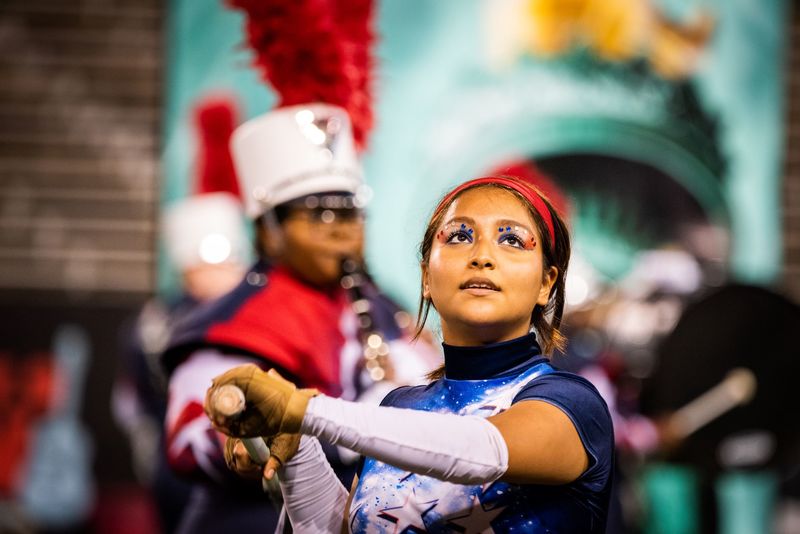 The hundreds of hours of preparation paid off, and the results speak for themselves. The band amassed a trophy case full of group and individual trophies, including recognitions for music, general effect, color guard, percussion, and Drum Major Kaden Littlejohn. (See the bottom of the article for the full list.)

But the accolades go beyond just trophies. At the State Marching Contest, Marion scored its highest point total in school history. For the first time in 15 years, the Marion band defeated the Jonesboro High School band in a competition. For the first time in 14 years, the band received straight First Division scores at the Regional Marching Assessment two years in a row. At the West Memphis Classic, Marion scored its highest finish since 2007. And at the A-State Open, the band earned its best finish since 2009. 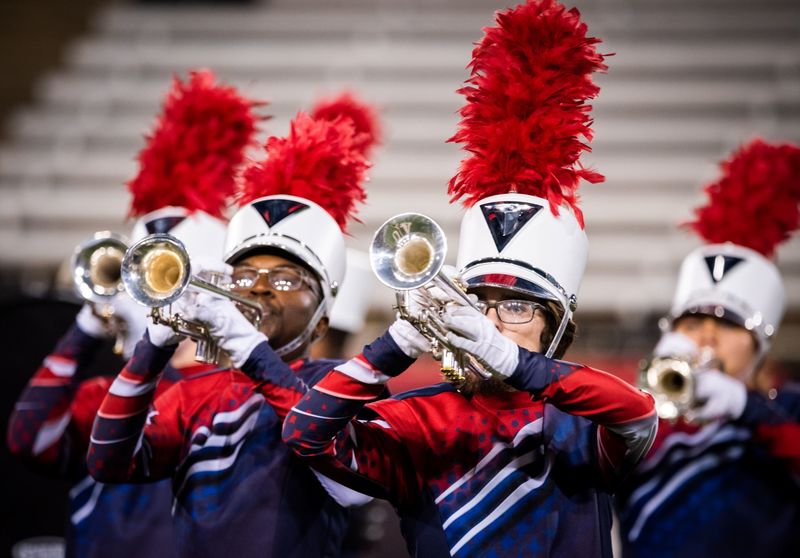 Hill said the key to the marching band’s success this year has been the fundamental improvement of each individual musician. Students bought into the system, putting in the individual practice time for the benefit of the entire ensemble.

But aside from winning awards, participation in a high-level marching band is providing Marion students with lessons they will use for the rest of their life.

“I gained self-confidence and learned to be more outspoken,” said freshman Peyton Bateman. “Marching band gave me the chance to learn that my voice matters in a large group.”

“The biggest thing I learned in marching band this year has been realizing that you have to be willing to fail before you succeed,” said fellow freshman Alyson Munoz. “I had never been on color guard. Thanks to our instructor, Richard Lewis, we reached great new heights.”

“My favorite part of marching band this year was getting to know the younger students,” said junior Kaden Littlejohn, who is also the band’s drum major. “It was rewarding to help them to reach their full potential.” 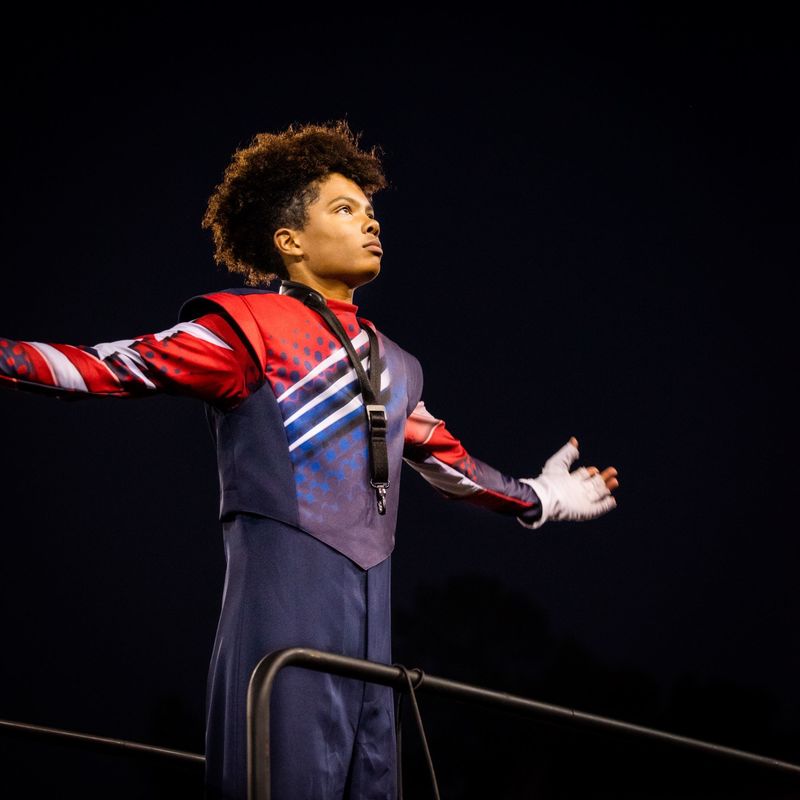 “The Marion Band parents have worked so hard to make sure this season was successful,” Hill said. “Along with our supportive administration, school board, and community, there is unlimited potential for the band program at Marion High School.”

The full list of awards from this year’s marching season is as follows: