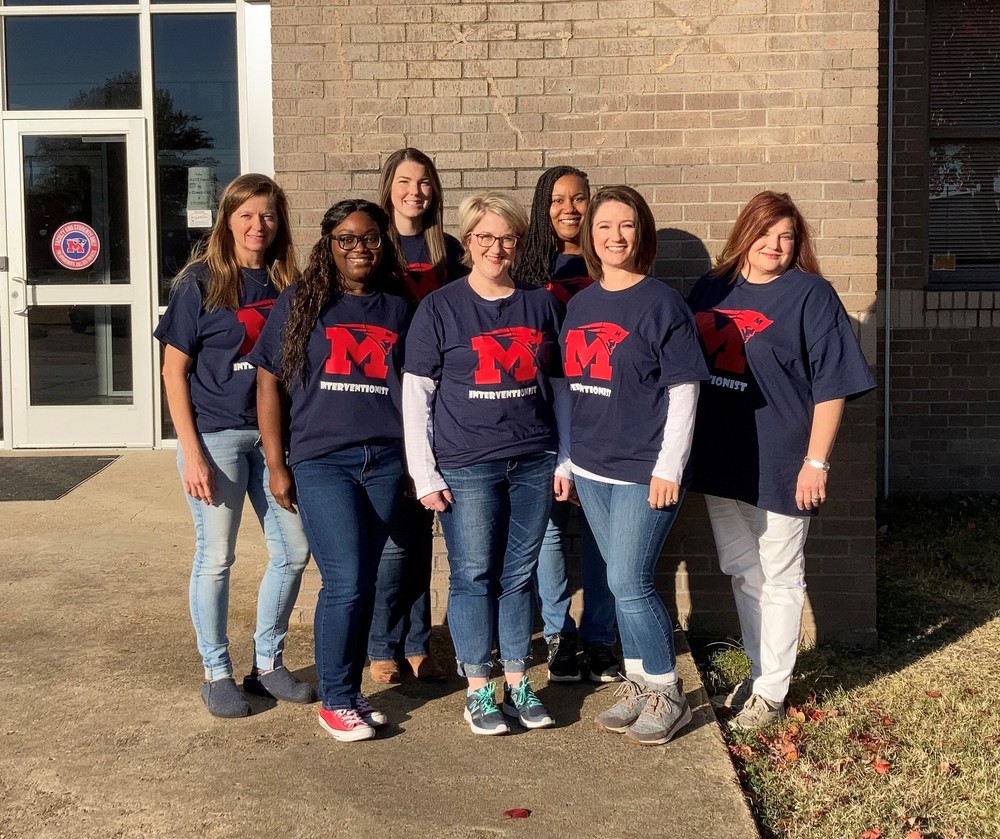 The Marion School District is committed to combating dyslexia, which affects one out of every five children on average worldwide.

“We've all been in different areas of education, but we're a great team because we bring different aspects,” said Stewart. “That's a lot of collaboration, and new, fresh ideas we have in one space, so that's so important.”

“We had an influx of students who we identified early on as demonstrating traits associated with dyslexia,” said Stewart. “Our administration sent us for the training, which is amazing. It's hands down the best training I've ever gotten. We learned so much, and continue to use it every day.”

Students are screened at the beginning, middle, and end of school year to see if they struggle in phonemic awareness, as well as decoding and encoding. Students get more attention at first before being referred to the Take Flight initiative, or potentially special education, depending on what their learning deficits are.

“After we've gone through the appropriate process, we contact the parents to get permission to screen the student,” said Stewart. “We don't diagnose because we don't have a doctorate in that. But if a student has characteristics, then we place them into the program.”

A two-year program, Take Flight offers simple reading approaches, often introducing two letters and sounds per day, as well as a couple of books. After finishing that, a student progresses into reading with fluency and rate, and therapists then incorporate reading comprehension texts, then figurative language.

“It starts with simple things, with sound/symbol relationships, important things like that. It's crucial to realize how your mouth forms sounds,” said Stewart.

After a student completes the program, there is a transition period where a student understands their deficits, before the student is screened again.

The Take Flight program took off in the fall of 2019 at Marion, meaning that it has been affected immensely by Covid-19. Students have yet to complete the two-year program uninterrupted.

Stewart's experience with dyslexia doesn't just stop at school. Her daughter has benefited from the extra attention provided by the program.

“Her first-grade year was terrible. Reading was laborious and it took us hours to do homework,” said Stewart. “Second grade got better. Her teacher was thorough and great, and that year was vital because we kept building her confidence. Then, in third grade when she started doing it without guidance, she bloomed. She made the honor roll. This year, when they took tests at the beginning of the year, she was one of the highest in reading and math. There were times where I wasn't sure if she'd ever be able to read fluently. Now she loves to read and write. It's just a dramatic difference.”

The earlier a student is identified as having dyslexia, the easier it is to treat. That's why early detection is a point of emphasis at Marion.

“As you progress through school, the curriculum gets harder, you have to do it by yourself and they don't focus on the foundational skills as much,” said Stewart. “Our district has taken the initiative with reading to put in reading horizons to fill in the gaps. We use that to elevate the reading skills of our older kids, as well.”