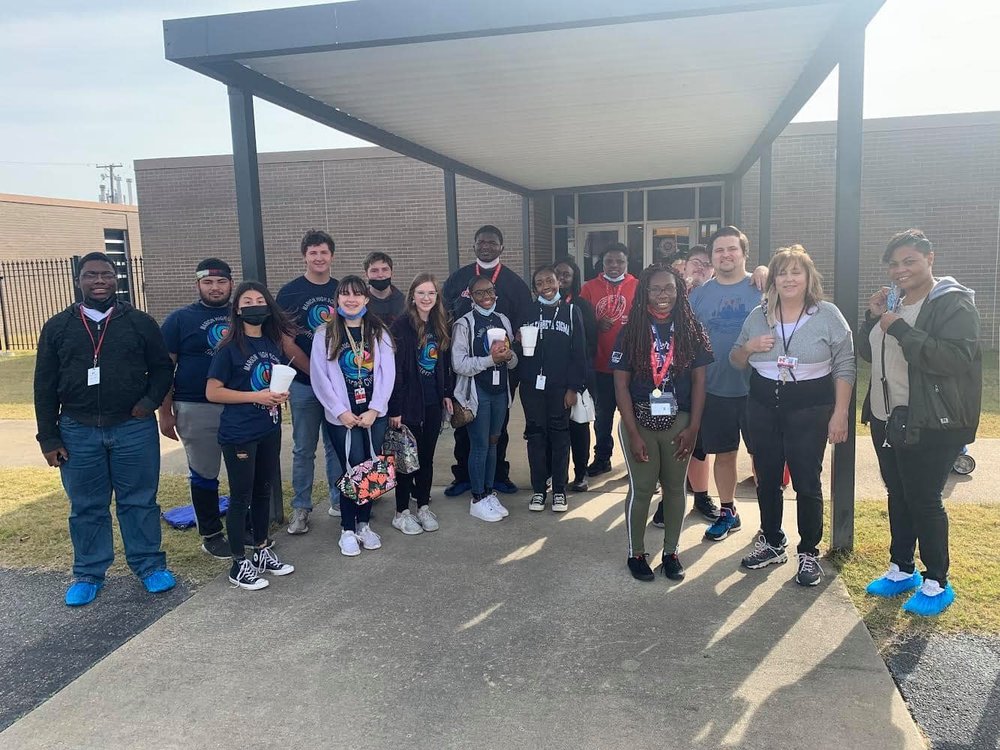 On Wednesday, November 10, a group of Marion students traveled to Blytheville to participate in Special Olympics bowling. Eight Interact Club members accompanied the group on the trip.

“The kids had a blast, and it was good for them to compete, as well,” said special education teacher Jordan Long. “I'm thrilled that our administration was supportive of us traveling there in the middle of the school day.”

“My students told me they had a good time, and they want to go again next year,” said Young. “They also told their friends that they fell asleep on the bus.”

JRK Printing made custom shirts for the bowlers and donated them for the group's first trip since the emergence of the Covid-19 pandemic in March 2020.

Teachers are considering attending the state bowling tournament December 8-9, and there is also a state basketball tournament in the spring.

“We're always looking to go to more events, and get as many as schools involved as possible,” said Long.