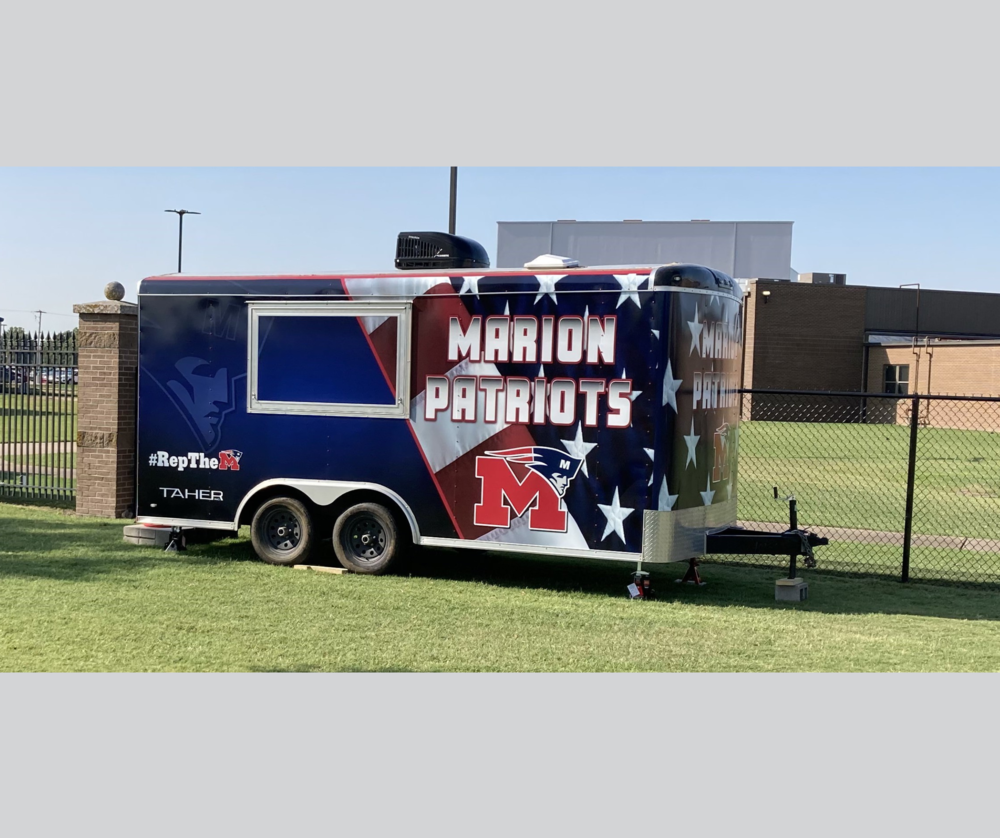 The Marion School District is planning several changes for its senior high varsity football games, all part of an ongoing effort to improve the gameday experience for fans.

Starting at this Friday’s game against Jacksonville, which is also the Patriots’ homecoming game, fans will notice the addition of a new concession stand. The new stand will be housed in the district’s new food trailer, which will be parked in the southwest corner of Premier Bank Stadium.

“We think this will be a really effective way to ease the congestion we have seen in our concession stand area,” said Derek Harrell, MSD athletic director. “It should result in shorter lines, quicker service, and more time for fans to enjoy the football game.”

Harrell also noted that the menu will be the same at both concession stands.

“We want the fans attending our home football games to have a great experience,” Harrell said. “We have some more changes we plan to roll out later in the season. We appreciate everyone’s cooperation in helping make our athletic events a safe, enjoyable experience for all those attending, whether it’s players, parents, students, or fans in the community.”