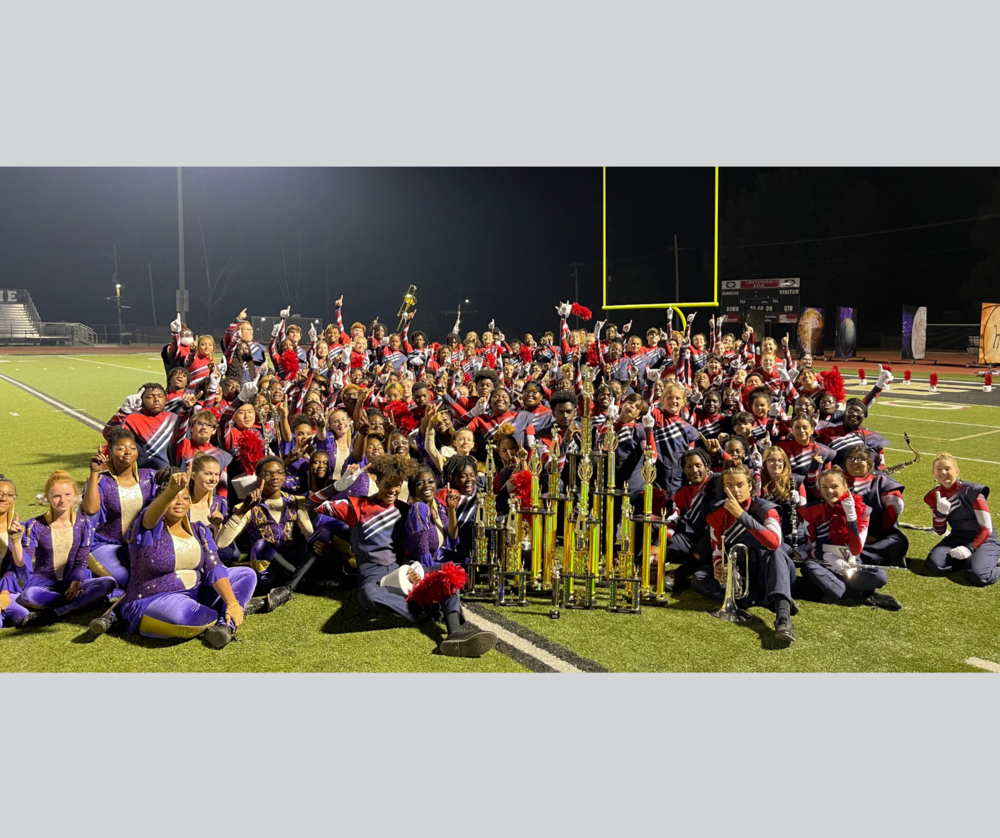 The Marion Patriot Pride Marching Band kicked off its competitive season in style Saturday night, topping 17 other bands from three states for top honors at the Mid-South Marching Classic in Jonesboro.

In addition to being named Grand Champion of the event, Marion also completed a full sweep of the “caption” awards.

“It was a great night for our band, and I am incredibly proud of our kids,” said Marion Director of Bands Monty Hill. “Our students have been working hard for months in preparation for the competitive season. We have high expectations for everything they will accomplish.”

Awards won by the band Saturday night included the following:

The overall order of finish was:

Saturday’s competition marked the beginning of the competitive marching season. Other events on the schedule include the following:

This year’s show is titled “Galileo, Galileo” and depicts two days in the life of the famous astronomer Galileo from the year 1610. The music includes “Bohemian Rhapsody,” “The Planets,” and “Comfortably Numb” by Pink Floyd.